Kingdom Of Scars - A Novel

In September 2012 I published a blog with a chapter from a book I was attempting to write. I had begun writing it in anecdotal form in the year or two prior but was hesitant to continue. Maybe it was just a bit crap and I should steer clear of prose. I had just started writing on this blog and was exploring the possibilities of what blogging could do. I'd never given my fictional writing that wasn't a screenplay to anybody before and didn't know who I should start with. What if I gave it to a friend or colleague and they hated it, or I had to hound them and then got embarrassed. Then I looked at my blog and said fuck it and I posted a very early chapter to see what the reaction was....

I have always wanted to write, as many people have. It's bloody liberating. I have always had dreams about becoming an author, as many people have. It seems so prestigious. There's something intoxicating about being able to say you're a writer, or not just a writer but an author. It seems very difficult though, and it seems even more personal than film making. When you make a film you're collaborating with other people, when you act you're cocooned in the artistic vision of other people, when you're write you're totally alone. Completely alone and naked, and that sucks a little.

My english professor loved my writing in school, or at least he said he did, maybe that was to encourage a shy 14 year old to believe in himself. It eventually worked. He tried very hard to get me to do an English degree. I was afraid of failing or not being good enough so I did science which made sense to me in a roundabout manner. I wanted to study zoology or marine biology, and study animals and write books about them. So I always shyed away from writing, I refused to try and write for anything in college, even when I moved into Psychology by a quirk of the science system whereby psychology was considered a science, and everything revolved around writing and researching. I didn't want people to read my writing. Then because I wanted to make films I had to try and write because if I wanted to be an actor I was essentially forced into making my own projects to learn. But unless it was to be a film I wouldn't write - film was different because it would involve other people - and even in my nascent forays into independent film, (my initial scripts were absolutely terrible by the way, even worse than they are now), I would hide my writing under the idea of the script, the visual element or how I wanted the force of the acting to be more than the dialogue.

This brings me back to posting on this blog. I had started writing fictional anecdotes about a young boy growing up, using some stories I could vaguely remember, creating characters, some based on real people, others just shadows from a memory, using stories I had been told or from some things that had happened to me. It seemed very personal, not just the content but also because I was trying tell a story through words alone without any other artifice to fall back upon. I gave it to one person who never read any of it, or maybe they did and they hated it, so I left it.  Then some people began giving me compliments about some of my films, and it inflated my ego a little. But more than that I began to get some very insightful comments on this blog from people I didn't know, which were not just supportive but also critical. I realised that I could probably get a fair indicator of whether I should continue with this book or not if I posted it. There would be some people who would be polite and supportive no doubt, but equally I expected and hoped for some honest critique - optimistically yearning for complete platitudes of course!

So I posted a rough chapter. And waited. And then hated myself for posting something and then decided to forget about it. Fuck it, what was the worst that could happen, maybe people wouldn't even read it.

I was astounded and humbled, not only by people taking the time to read it but because so many people gave me detailed critiques of my writing. Of my style, of the content, even the grammar! I received comments and mini essays that were clearly from more talented writers than I was. While there was a healthy level of criticism embedded into these comments, there was also a swell of support for my writing - the criticism was very important and I appreciated it. It was this encouragement that gave me the impetus to write more. To write some poetry - which I began to publish on this blog for better or worse - to try my hand at some satire, at some shorts and mainly to continue writing the book.

That blog, the encouragement I received and time taken to plan such concise comments about the book and my writing style was a huge part of the reason why I continued to write the book, now titled 'Kingdom of Scars', and now being published in late September, early October this year with Poolbeg in Ireland, and hopefully the Uk after that. Exact date to be confirmed.

So I want to thank everybody who has taken the time to read my blog over the last few years, for commenting on anything I have written, and for the time and effort taken over that chapter two years ago. It meant an awful lot and I may never have finished this book without that support.

The book is raw, emotional, personal in some parts, honest and hopefully written well enough for people to enjoy it. It's a coming of age story about a young 15 year old boy called Sam, growing up in Dublin and going through his first experiences with sex, drinking, being bullied, trying to be part of gang, and learning about friendship and himself. 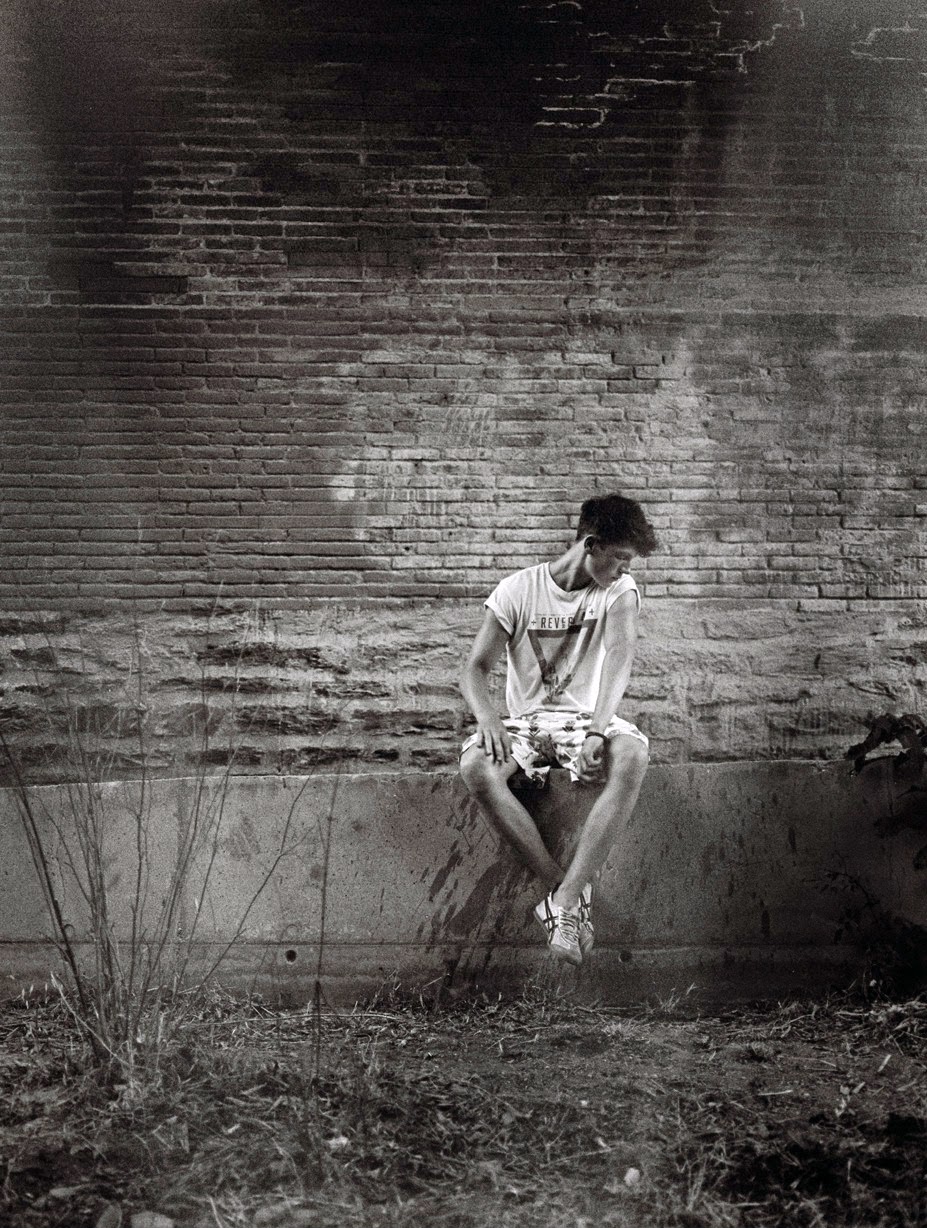 I have no idea how well the book will be received but for me getting it published is already the culmination of a dream since I was a teenager. I never expected things to turn out this way, maybe my Dad, or Gerry Haugh or my uncle Don did, all have whom have sadly passed away, but Ill never know. All I know is that it's a little crazy and surreal to me and it's fucking great fun! The aim now is to try and make a film out what's in this book, but that's another story for another day...

Cheers to all you guys reading this.

PS: buy the book and read it please. - said with love!

The photo here is of a young lad from England whom I photographed for the cover of the book. This specific photo is not going to be used, but for me perfectly encapsulates the mood and tone of the book. I ran after Rory when he walked by with his parents, and out of breath, I tried to explain why I needed to photograph their son so badly. There was a little bit of an awkward moment, and I felt a little bit like an eejit but thankfully he was into the idea and he let me drag him away for a hour to photograph him in a French laneway. Probably more because he wanted some time away from his parents than anything I said, I think he thought I was a little weird.

* For all the tech nerds out there the photo was shot on black and white medium format film with a 75mm lens on the Bronica.